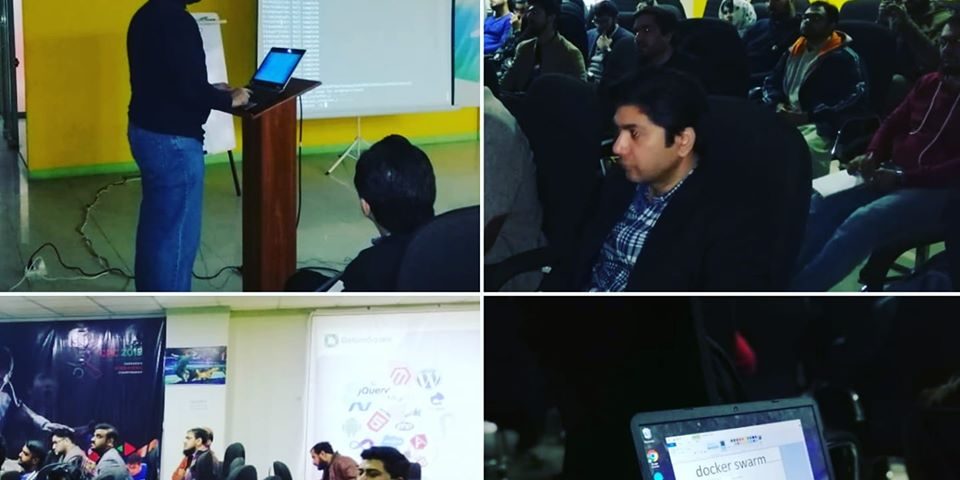 If you got registered for the DevOps Bootcamp happened on 4th of January, 2020 but didn’t appear because
1. You thought it was too cold outside.
2. You wanted to stay updated on US vs Iran war situation
3. Wanted to spend time with Family and friends.

Trust me, you missed some cool stuff. Muhammad Kamran Azeem knows his stuff, 24 years of experience, working with some big names and above all, a great trainer. We got a very positive feedback from all 45 participants who attended. Among attendees there were some of the industry leaders as well including but not limited to Babar Zahoor, Saleem Rafik and Khurram Shahzad.

Kamran Azeem talked about Kubernetes and Dockers specifically in DevOps. His sessions was so easy, well prepared and organized that those had planned to join it for few hours couldn’t leave in middle and stayed there for through out the session. Khurram Shahzad’s reviews were amazing. He thoroughly enjoyed and learned at alot. Khurram wished if he had brought all of his fellows as well.

Among the top influencers of the IT industry, personals from all aspects of the industry including data sciences, IT Students, developers, system admins and Freelancers attended that session and learned lot of new stuff.

I thank to all the attendees who showed up at in time although there was a bad weather.
Sincere thanks to Muhammad Kamran Azeem who was in Pakistan to spend vacation with family but spared sometime to share his knowledge with his countrymen.

Thanks for Babar Zahoor for introducing us with Kamran. Also, thank you all the organizers from Code Movement Pakistan and Open Source Foundation of Pakistan.